By Unknown February 25, 2014
Lately, I've been struggling to find a story that I love enough to spend the hours it takes to construct a novel out of. Well, today I was jotting down story ideas when I decided to go back to some of my short stories that are in progress (and have been for a while) and. . .BAM!

An idea hit me. I completely fell in love with one of my short story characters. It was one of my first attempts at short stories, and writing his origins story really connected me to him. Why not write a novel about him?

So, I am officially going to begin working on my first Car' Al novel! 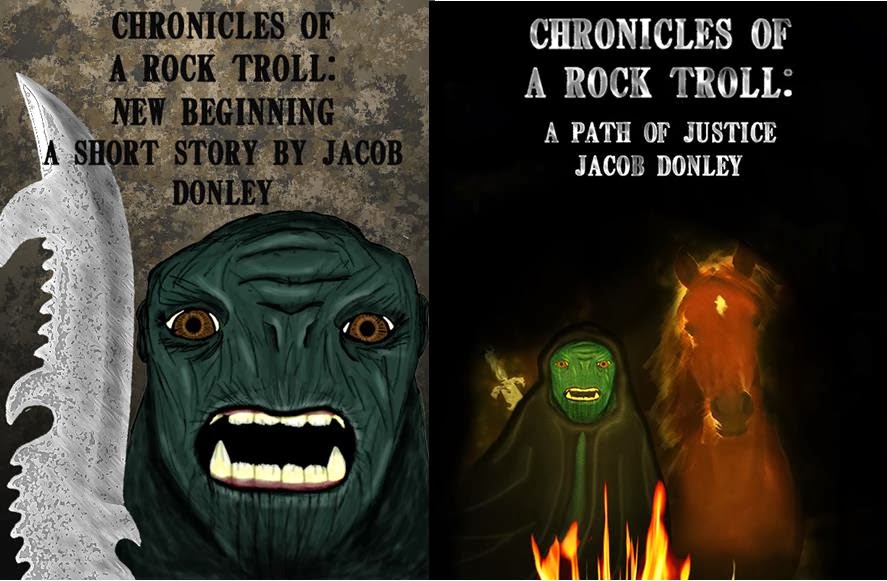 So far, all I really know about the story is it is going to take place far after the time that the short stories are written in. I am fairly certain that Car' Al will be in his forties, which is still fairly young for a rock troll. He's grown a lot as he's aged, and he's experienced much more than he had even in his first two stories. He'll have a human companion and some friend's that might be even more surprising.

Popular posts from this blog

The Call of Fate now Available for PreOrder

By Unknown December 14, 2014
My new short story The Call of Fate is available for preorder.  Here is a short excerpt: Wogan Nance, more commonly referred to as Boot Chuck by his squad, looked out over the sprawling camp of the army. Tents were lined up orderly in rows for as far as the eye could see. Soldiers milled around cook fires, sharpened swords, and fletched arrows, mostly staying close to their own squad's compound of tents and supplies. He wondered how many soldiers were like himself, hiding their true nature to keep from being used up in short order. He wondered how many secret mages, or at least those with the ability to become mages lurked in midst of the throng of these men and women. Mages were a hot commodity in the Imperial Army as it swept across the continent claiming new lands for its own. Magic turned the tide in battle for whichever side had the most numerous mages. While ability helped greatly, a large number of fledgling mages could overcome a seasoned magical user in due time, at th
Post a Comment
Read more

By Unknown December 17, 2014
Check out my Author Page  on Amazon! You can follow me there and get notified of new releases and my current portfolio. I think it's a great resource for those who want to get notified as soon as new titles become available. The Colliding Empires short stories have been coming out in a flurry lately. I'll be starting on the final five stories of The Colliding Empires soon. I'm hoping you won't have to wait as long for those as the previous five. By following me on Amazon, you'll be able to know as soon as they're available. Check out my page and follow, you won't regret it.
Post a Comment
Read more

A Gambler's Odds Available for PreOrder

By Unknown December 14, 2014
A Gambler's Odds is available for pre-order on Amazon . This is the fifth installment in The Colliding Empires short story collection and will be available for download on 12/22/14. I hope you enjoy the book. I've had a ton of fun writing this series. This story marks the official halfway point for The Colliding Empires. Enjoy the rest of your weekend and keep reading!
Post a Comment
Read more