Paul Edward Cooley is one of the three hosts of the podcast Dead Robots’ Society. He has released multiple works in his Garaaga’s Children world, including short stories and novellas. I have had the privilege of reading LEGENDS and look forward to reading the rest of his work. 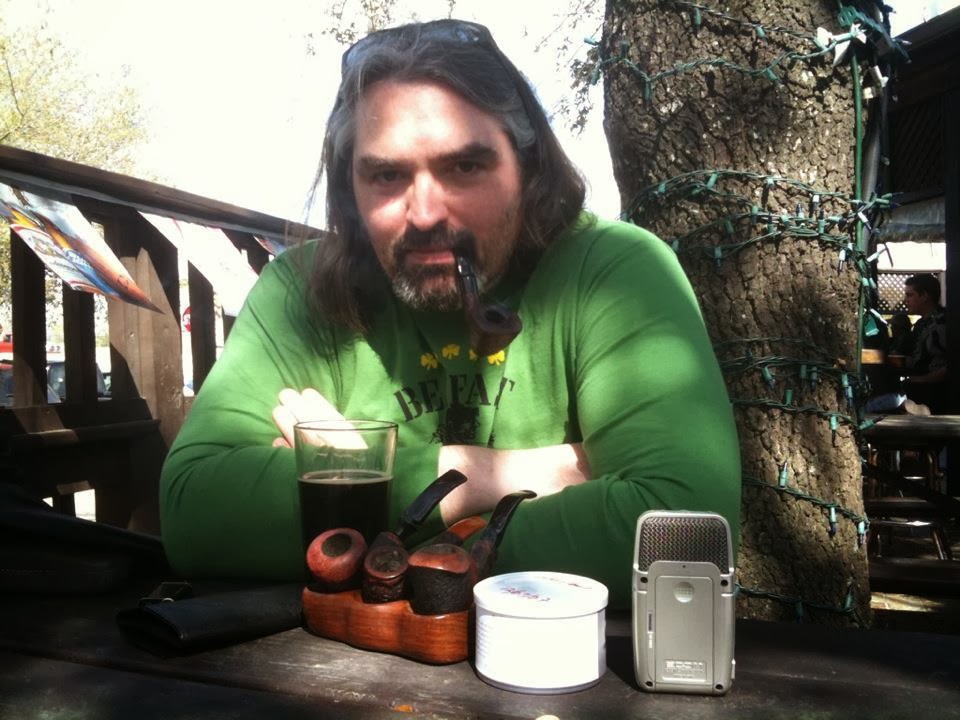 [JD] Can you tell us a little bit about yourself, and how you got into writing?

[PEC] I am a Parsec Award Finalist/Nominee for all my fiction since I began podcasting in 2009. When I'm not writing, publishing, and podcasting, I'm an enterprise software developer, system administrator, and small business owner. I am the creator of MyWrite (http://mywriteapp.com) which enables authors to sign/personalize ebooks using iOS devices (iPad, iPhone, iTouch, etc).

I began writing in earnest at age 12 and continued doing so through college. I won a grant from Colorado State University for creative writing in 1992. I wrote several novels before taking a very long break from writing between 1995 and 2008. I had a bad experience with a literary agent which was enough to sour me on writing and it wasn't until I realized I could podcast my fiction that I got interested in writing again.

[JD] I know that you have quite a few shorter works out in the marketplace right now, but can you share with us a little about your work that is already published and anything that you are currently working on?

[PEC] I have three collections of interlinked stories that are on-going, although the third has yet to be published. The Fiends Collection mainly focuses on stories that take place in the present or near past and involve psychologically broken human beings as both antagonists and protagonists. My Fiends novella "Tattoo" was a Parsec Award Finalist and is what put my work on the map.

"Tattoo" is a story about a reporter following a series of murders that involve tattoos. His investigation leads him into the world of body art and an obsession worth killing for.

"Closet Treats," my first published novel, is a slow burn psychological horror novel that involves a psychotic main character (ie, delusional) and a demonic ice cream man he sees in the neighborhood. The main character is unable to tell if the demon really exists or is just another delusions. To this day, I receive photos of creepy ice cream trucks from my readers.

The "Garaaga's Children" series of stories are my most recently published works. The stories start in pre-written history and move through ancient times. "Scrolls," published in September, takes place at the Library of Alexandria in 48 BCE and includes as much historical detail as I could muster. The stories involve the nephilim of a dark god, it's supplicants, and those that would destroy them. Starting next year, the series will move out of BCE and into the first millennium. Ultimately, stories in the Garaaga's Children universe will enter our modern world and intersect with the other two series.

Last year, I wrote "The Rider" for Dark Øverlord Media set in Scott Sigler's "GFL" universe. The novel is expected to be published in 2013. DØM commissioned the novel and Scott and I are cowrote it.

At present, I'm working on the third draft of Ama which is the last story in the Garaaga's Children: Ancients volume. Shadowpublications.com is now taking pre-orders for the limited edition hardcover which also includes the full length audio book and special edition ebook. As soon as that's all done, it'll be time to get my hands back in the Fiends universe with a new novella and another novel. This is going to be a very busy year.

[JD] Lots of authors have trouble when it comes to getting published. Can you tell us about any challenges that you may have faced in getting your first book published?

[PEC] After bad experiences with both agents, large presses, and small presses, I decided I wanted to keep control of my work, for better or worse. Rather than give up important rights to my characters, intellectual property, and etc, I went the route of joining a publishing co-op, Blue Moose Press. My debut hardcover, "Fiends: Volume 1" was published in 2011 via BMP.

The BMP co-op is an invite-only organization. Books must be professionally edited, contain professional artwork, typeset by professionals, and must meet the quality standards of the group. In addition, all our books are published via Lightning Source rather than someone like CreateSpace. This guarantees our quality for both print runs and PoD.

I'd have to say that the largest hurdle in publishing has been cultivating the confidence to strike out on my own. There are plenty of resources out there to help authors do so, but some are loathe to make the journey. Still others consider it beneath them. I suggest authors look to what they hope to achieve, what they are willing to give up as far as rights and royalties, and make well-informed decisions.

[JD] In the works that you have had published, who has designed the covers for them?

[PEC] With the majority of the Garaaga's Children series, Starla Huchton designed the covers for the e-books. The sole exception was "Legends" designed by local artist Ron Dykes. Ron offered to make a cover for me and I was delighted to oblige.

For "Closet Treats" and "Tattoo," a friend of mine put those together. For "Fiends: Vol 1," I commissioned an independent artist to create the actual graphics, although I handled the typesetting myself.

Unless circumstances radically change, Starla will be doing my covers from here on out.


[JD] Do you hear from your readers much? What kinds of things do they say?

[PEC] One of the benefits of podcasting your fiction for free is cultivating an audience. In conjunction with social media, I have managed to connect with a large number of readers, some of whom communicate with me daily.

I have received beer, whiskey, tobacco, coffee, and glassware from my most devoted readers. Many of my fans have donated to Shadowpublications.com with the promise their names/likenesses will end up in my stories.

When my readers aren't threatening me for not writing enough, I mostly hear compliments. Thus far, the most common complaint I have among my readership is the fact my books aren't long enough. However, that is coupled with the comments that they are never bored by my work.

I highly suggest authors make sure they become as public as possible. Connecting with your readers is extremely important to building an audience. The more communicative and responsive you are, the more loyal they are. This helps spread the word about your stories and brings in new readers you otherwise wouldn't have.

[JD] Do you have anything specific that you want to say to your readers?

Popular posts from this blog

The Call of Fate now Available for PreOrder

By Unknown December 14, 2014
My new short story The Call of Fate is available for preorder.  Here is a short excerpt: Wogan Nance, more commonly referred to as Boot Chuck by his squad, looked out over the sprawling camp of the army. Tents were lined up orderly in rows for as far as the eye could see. Soldiers milled around cook fires, sharpened swords, and fletched arrows, mostly staying close to their own squad's compound of tents and supplies. He wondered how many soldiers were like himself, hiding their true nature to keep from being used up in short order. He wondered how many secret mages, or at least those with the ability to become mages lurked in midst of the throng of these men and women. Mages were a hot commodity in the Imperial Army as it swept across the continent claiming new lands for its own. Magic turned the tide in battle for whichever side had the most numerous mages. While ability helped greatly, a large number of fledgling mages could overcome a seasoned magical user in due time, at th
Post a Comment
Read more

By Unknown December 17, 2014
Check out my Author Page  on Amazon! You can follow me there and get notified of new releases and my current portfolio. I think it's a great resource for those who want to get notified as soon as new titles become available. The Colliding Empires short stories have been coming out in a flurry lately. I'll be starting on the final five stories of The Colliding Empires soon. I'm hoping you won't have to wait as long for those as the previous five. By following me on Amazon, you'll be able to know as soon as they're available. Check out my page and follow, you won't regret it.
Post a Comment
Read more

A Gambler's Odds Available for PreOrder

By Unknown December 14, 2014
A Gambler's Odds is available for pre-order on Amazon . This is the fifth installment in The Colliding Empires short story collection and will be available for download on 12/22/14. I hope you enjoy the book. I've had a ton of fun writing this series. This story marks the official halfway point for The Colliding Empires. Enjoy the rest of your weekend and keep reading!
Post a Comment
Read more